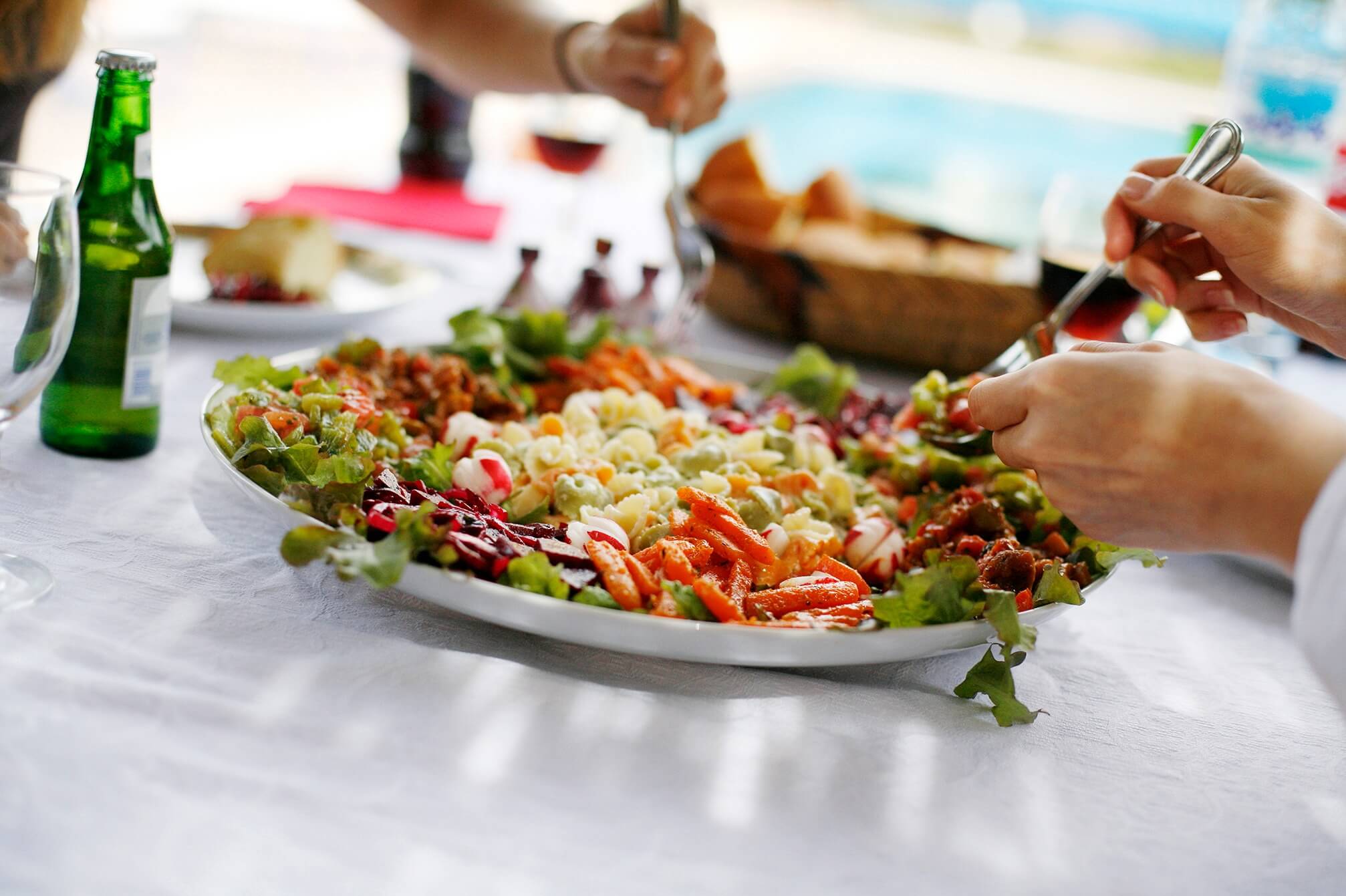 Not all cheeses are created equal!

As most people are aware, there are two types of cheeses. Rennet set cheese and acid set cheese. Casein protein (or cheese) is found in milk, but as it comes from the cow those proteins are in solution in the milk. They are the proteins that are generally responsible for milk allergy (not to be confused with lactose intolerance which is a sugar).

Thousands of years ago people realised that if you left the milk till it soured, you would end up with curds and whey. The souring occurred as a result of the lactic acid build up in the milk caused by bacterial growth. How does the acid coagulate the milk? I'm not a microbiologist but it goes something like this.

The casein molecules have a negative ion charge. The liquid part of the milk a positive charge. Because opposites attract the casein stays dissolved in the milk. However if the milk becomes acidic, the charge in the liquid changes from positive to negative and as like charges repel, the casein and liquid are forced to separate, and the casein comes floating to the top. Hence acid set cheese. These are cheeses like cottage cheese or farmers cheese. They are usually white and a little tart. The acid.

Some other even smarter people discovered the following. If they stored their milk in the stomach of a cow or sheep, (no plastic or glass containers back then) something miraculous occurred. When they took the milk out, there wasn't milk but instead, there was coagulated casein. This casein was different. The taste was rather bland bordering on sweet and the curds stuck together better. They would then compress the curds, and voila cheese. The funny thing was, the longer they left it the better it tasted ( we will come to that). This is rennet set cheese.

The different natural bacterial flora in any particular area influenced the taste. Some cheeses were also affected by local mould. Hence so many different names for cheeses, reflecting the places of their origin.

Today those bacteria are manufactured in the laboratory so that cheese made anywhere can replicate the taste of any other particular area. Surprising as it may seem your average block of rennet set cheese is a living entity. Not so acid set cheese.

In days of old cheese was matured in caves at a steady temperature of approx 10c. As they aged so their taste improved. The same process occurs today on a commercial level at the same temperatures but not in caves - except for some specialty cheeses coming out of France. The only practical difference is that today's packaging and refrigeration halt the aging process so that the cheese stays the same flavour and doesn't age further.

Aging, and halting the aging process, play a very big role in determining how long one has to wait after eating such cheese before eating meat - but that will have to wait for another occasion.

So you see, cheese that needs rennet (enzyme) can only be made with that enzyme. And rennet set cheese can be soft (camembert, brie) or hard (cheddar, gouda) or young (mozzarella), or old (parmesan). In the olden days, the enzyme came from a calf's stomach, and sometimes from plants. Today it still comes from a calf's stomach ( or extracted from other parts of the calf) and also from microbially grown enzyme.

It is not possible to ascertain after the cheese is made which is the enzyme that made it, animal or microbial. Our sages in the Mishna and Talmud enacted a very strong binding decree that rennet set cheese would only be kosher if a Jewish person was present at the time the cheese is made. It isn't good enough to assume how it's made or even have proofs as to how it was made, such as residue of the enzyme-containing flowers in the cheese. The cheese is not kosher unless a jew oversaw the addition of the rennet.